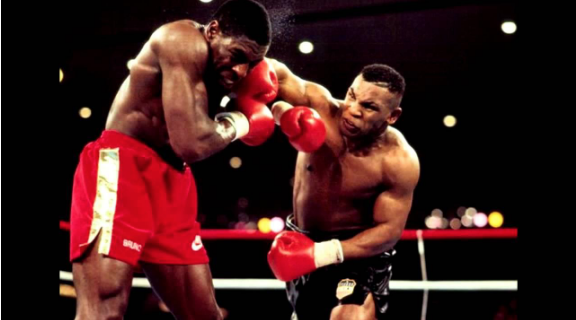 At one time, Iron Mike Tyson was considered the “baddest man on the planet.” As heavyweight champion of the world, he reigned supreme. He also understood the psychology of fear and the human tendency to freeze under attack, short-circuiting years of training and conditioning in his opponents. “Everybody has a plan – until they get punched in the face,” he once famously boasted. While his boxing career may be over, this colorful quote has endured because of its broad application beyond the boxing ring. Whether the blow comes in the form of a sudden health crisis, losing a job, an unexpected financial setback – we all get “punched in the face” from time to time. Knowing just how (and when) to react is crucial if we want to keep our heads up and stay in the game.

With sports, it’s easy to think the game is won on the playing field or in the training ring. But talk to any good coach and they will tell you that for top-tier athletes, the game is first won or lost between the ears (the mental game). How quickly an athlete can “let go” of a costly mistake will often determine how well they perform under pressure. When things go wrong, some athletes have a tendency to go in on themselves and lose confidence. You see it all the time on television. A shot goes awry, a ball gets fumbled, and suddenly little mistakes become compounded. What once came effortlessly now becomes impossible as they lose focus and begin to mentally unravel. What they need is a reset routine.

A “reset” is a very deliberate routine practiced during training that an athlete or performer will employ after getting punched in the proverbial face. For a boxer, this might be an automatic defensive move that allows them a second to escape danger while recovering their wits. For an actor blanking on stage during a live performance, it might be a deliberate pause or “gaze into the horizon” that allows them a moment to remember the line they have forgotten. For a sports team on the back foot, it might be a call or signal that focuses them on the very next winnable moment, regardless of what just happened during the previous play.

In his book Essentialism: The Disciplined Pursuit of Less, author Greg McKeown tells the story of a high school rugby team and their remarkable winning streak under coach Larry Gelwix. Their secret, he says, is the rigorous application of a single question What’s Important Now? (encapsulated by the acronym WIN). “The players apply the question constantly throughout the game. Instead of getting caught up rehashing the last play that went wrong, or spreading their mental energy worrying about whether they are going to lose the game, neither of which is helpful or constructive, Larry encourages them to focus only on the play they are in now. By focusing their game on the here and now, they can all unite around a single strategy. This level of unity makes execution of their game plan relatively frictionless.”

It’s a very simple but powerful idea – that in order to operate at the highest level, we must constantly return to what is important in the here and now. Think about how this could apply in your own life. How often are we in a meeting while still ruminating over some troubling interaction with a colleague or boss? How often are we with our children or spouse while our mind is still back at the office? How often do we fall into familiar patterns of argument with a partner where the outcome is all but pre-ordained? What’s needed is a reset button – one that snaps us back to the present moment, and all the possibilities contained therein.

What are some techniques to facilitate this awareness? Well, it could be a personal mantra that helps to ground us in the moment: “I am present within myself” or “What is important now?” It could be as simple as practicing some deep diaphragmatic breathing for ten seconds in order to release tension. Sometimes, it’s looking for little moments of levity within a tense situation. Some years ago, I remember working with one executive team where there was terrible disagreement. This was a young company with a very impassioned and inexperienced C-team. In the middle of one of these episodes, the CEO took out a water pistol and began squirting it at his squabbling colleagues. People were so surprised they couldn’t help but laugh. And instantly, the energy in the room had shifted.

In dealing with people, it can be helpful to reframe a conversation if it starts to veer off track, or is heated to begin with. You may not be able to pull out a water pistol, but you can always step back, take a deep breath, reset…and try again. In dealing with customer service reps, for example, I find I have much better success if I try to enlist their help in solving my problem, rather than making them the cause of my unhappiness. Most people want to helpful. Most people also have concerns well beyond yours. They have had an entire morning, a childhood and a day that you may know nothing about. The point is, you never know what people are dealing with inside or out.

Think reset. Then try again. This is a new moment.