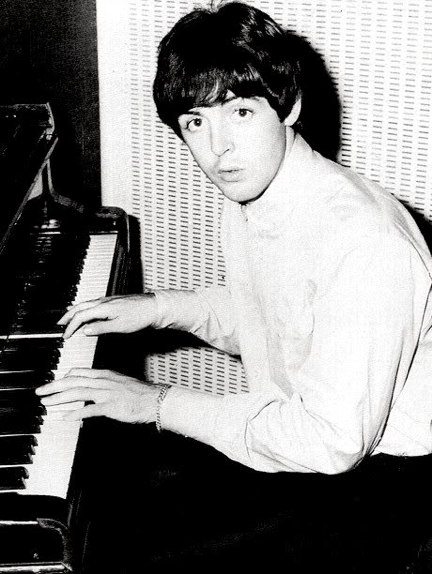 While scanning the radio in my car for a good song, I stumbled upon an interview with Paul McCartney. He was funny and engaging, so I stopped to listen for a while. He was asked about his voice, and if, at age 71, he could still sing all those old Beatles songs. His answer was honest and revealing. “Well,” he said. “I can’t hit all the high notes like I used to, but I’ve probably got better technique now, and you learn ways around that.” Some of those techniques? Changing the melody ever so slightly, letting his back up singers hit the high notes for him, or simply calling upon his audience fill in the blanks. Music legend Sir Paul McCartney has had to learn that even he has musical limitations.

This got me thinking: How much of our lives are spent trying to chase a high note that we are no longer capable of hitting? And what does this cost us in terms of health and happiness? In my own life, I know I hit a high note when I ran my first marathon at 3:26, a personal record for me. It’s unlikely I will ever do it again, and that’s okay. I’m interested in different goals now. But it can be very hard to let go of who we used to be, or who we imagine we still are. We see it all the time in professional sports: the athlete who retires, only to “unretire” six months later. The boxer who wants “one more fight” when everyone around him knows he should have quit years ago.

Most of us are not athletes or professional performers, but we do know what it’s like to chase our former glories, and to hunger for that intoxicating high note. Maybe it’s the version of ourselves that is 10 years younger, or 20 pounds lighter. Maybe it’s the earlier excitement of a new job, or the rush of a new romance. Most of us yearn for these peak experiences, and once experienced, seek to recreate them.

That’s not necessarily a bad thing, but it can lead to a lot of frustration and heartache in the present. The problem with chasing only these moments, is that they are generally very fleeting, if they exist at all. And we can miss out on some of the really great moments happening in between. Martina Navratilova said it best: “The moment of victory is much too short to live for that and nothing else.”

I knew of one serial entrepreneur who made a killing on his first venture, to the tune of almost $10 million. He went on to create several other successful companies after this, but none as big as the first. Measured against this impossible standard, he felt he was constantly failing, even when, by all outward signs he was a massive success. To his family and work colleagues, he had become a bitter pill who could not enjoy his own success. He was enslaved to the high note, in his case, some arbitrary number below which anything spelled failure. He was Sisyphus, compelled to roll an immense boulder uphill, only to become demoralized every time it rolled back down on top of him.

There are two basic roads that we can travel: one is the road to freedom, and the other is the road to tyranny. The road to tyranny is based on always hitting the high note, and a refusal to accept anything else. It enslaves us to the past, and blinds us to new opportunities in the present. After all, who are we if we can no longer hit the high note? The road to freedom, on the other hand, accepts that all things are in a constant state of flux: our bodies, our minds, our relationships. What we are able to do in our 20s and 30s is very different from what we can do in our 40s, 50s and beyond. And not only is this okay, it is natural.

At the root of all unhappiness is our refusal to accept that all things eventually must end: our youth, our beauty and eventually even ourselves. What we are really fighting against is our own mortality, and that is one battle we will never win. But like Paul McCartney, maybe we can learn some new techniques. We can accept that while a relationship has changed, it does not necessarily have to end. We can accept that while a job is no longer as exciting as it once was, it may offer its own kind of reward in the people we meet. We can accept that through age or infirmity, a parent is no longer the person we once knew, and try to develop a new connection based on who they are now.

I’m not suggesting we give up or don’t stretch ourselves, only that we don’t have to be slaves to our past successes (or failures). Graceful surrender to the here and now is always preferable to screeching, or God forbid, ruptured vocal chords. Paul McCartney may not be able to hit the high notes like he used to. All he can do is make friends with the voice he has now, and the many beautiful notes he still can sing. And when the voice cracks, or won’t go where he wants it to go, he invites the audience to sing along.