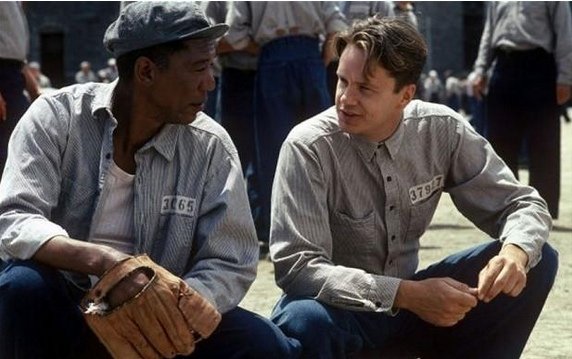 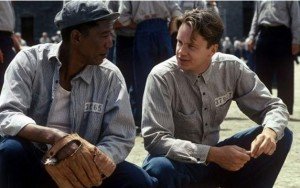 In a recent article by the Wall Street Journal, The Shawshank Redemption is cited as one of the most profitable movies of all time. A full twenty years after its release in 1994, it is still making heaps of money. With its universal themes of hope, friendship and perseverance, it is also one of the most beloved movies by critics and audiences alike. While its slow-burning success may seem obvious in retrospect, it was anything but pre-ordained when screenwriter Frank Darabont first floated the script around Hollywood.

As the story goes, there was keen interest from several studios, including Castle Rock Entertainment who wanted Rob Reiner to direct the movie. Mr. Darabont was made an offer that would have made him a multi-millionaire, in return for his handing over of the script and rights to the story. After taking a night to think about it, Mr. Darabont refused the offer, insisting instead that he be allowed to direct his own script for a greatly reduced fee. In the end, he decided that his “passion for the project was not for sale.” It turned out to be a very smart decision for him, and Castle Rock.

I work with a lot of startup companies where the attrition rate for ideas is pretty high. About 3 out of every 4 venture-backed businesses will ultimately fail. When I started my own coaching practice back in 2005, it was anything but certain. I gave up a good salary and benefits in order to pursue my ambition of working for myself. And it seems to me that in order to achieve your ultimate dream, be it a business or any creative endeavor, you may need to “double down” – which often means prioritizing long-term goals over short-term gains. In short, you really need to back yourself first. What are some of the ways in which we can do this?

1. Decide what you want

Sounds easy, but it’s actually a huge risk to name the thing you want, which is why so many people have a hard time doing it. What if you don’t get it? Will you look like a failure? Mr. Darabont had a very clear idea of what he wanted to achieve for his film, and that drove all his decision-making. You must decide what you want before you determine how to get it. In my own case, it was autonomy, flexibility and the desire to help people that led me to pursue coaching. But I had to name it first, and that took some time and soul searching. Figure out what you want, and then take a chance and write it down. Write the business plan or book proposal that you’ve been mulling over. If you don’t know where you want to go, it’s highly unlikely that you will ever get there.

If you’re not willing to invest in yourself, then ask yourself, why should anybody else? Investing in yourself can take many forms: developing healthier eating habits and exercise routines; taking the time to learn new skills; apprenticing yourself to a mentor; raising your hand to take on new responsibilities. If you find you’re not getting the right kind of support or training you need from your employers, then invest in your own training to help you acquire the skills you need to succeed. I have personally invested thousands of dollars and hundreds of hours on training and personal development in order to grow my business and better serve my clients. Each time I do this, I am investing in myself and my future.

While I’m certainly no mystic, I firmly believe in the power of visualization to change hearts and lives. It begins by creating a very clear picture in your mind of the completed goal, and imagining how that will make you feel. Each time you visualize this goal, you strengthen your resolve and intensify your desire to achieve it. This is why it is vitally important to focus on things you want, rather than what you don’t want. (It’s also why some people become the very thing they fear.) Think of your mind as computer, you are the programmer who creates the operating system. You want to make sure that the software you are running supports your ultimate ambition, and is not infected by “malware.” Henry Ford put it this way: “Whether you think you can, or you think you can’t – you’re right.”

In the difficult decisions I’ve made through the course of building my business, I often never feel brave. In fact, I’m sometimes scared to death. Persistence is the ability to keep pursuing your goals in spite of fear or adversity. It means you press on even when you feel like quitting. Though your motivation may wax and wane over time, you know that deep down if you keep doing the right actions, you’ll eventually get the results you want. Persistence, ultimately, is an act of faith (I believe I can do this), and a gift we give to ourselves (I believe I am worthy of this). And it comes from a vision of the future that is so compelling you would do almost anything to make it a reality. In this way, all great companies are made. And in this way, a man with a six-inch rock hammer can tunnel his way out of prison after twenty years of incarceration.

Remember, when the chips are down, always…always bet on yourself.